My weblog turns seven years old this year, and it all started with a scam email I received back in December 2000. More on that below, but first this:
A 107 year-old woman in Australia now has a blog. She has someone type it for her, but it is amazing nonetheless. Despite being 107, she goes swimming and drinks shandy (a beer/lemonade mix, or what in Austria [sic] is called Radler). Check it out: The Life of Riley.
I maintained something similar to a blog on my website from 1998 until 2000. When my account at Tripod disappeared in 2000, I lost all of those entries.
Xanga, now one of the most successful blogging sites, publicly launched in November 2000, and allegedly (and I believe it) launched a persona called Bianca Broussard. Bianca was supposedly a school teacher, and her blog featured daily stories about the “kids in her class.” What Bianca really was (again, unproven, but it speaks for itself), was a spam machine that sent out thousands of emails to members of Angelfire, Tripod, and GeoCites, free website hosts, the last of which I was a member of. The only variable of the emails was the name in the subject and salutation, which was simply the username on the host of the addressee. On December 29, 2000, I received the following email:

Subject: Hey “new_kai,” comment on your site: GeoCities/new_kai
Hi “new_kai” I was surfing GeoCities and checked out your site at GeoCities/new_kai. I have a good friend with a really similar site, and I passed your url along to her. Have you ever seen a weblog? I was noticing your writing style, and I think the weblog format might really work well for you. I just started one recently on my site, and I am actually thinking of dumping my homepage in favor of just having the weblog, since I’m enjoying it so much more than maintaining my homesite. Anyway, I really just wanted to say thanks for an interesting site! Bianca Visit me!
http://www.biancabroussard.com/home.asp

I started my weblog that evening, with the following post:

First Post Ever
Hey, this is pretty neat! First off, Bianca Broussard encouraged me to start one of these web log things after visiting my site. I like this. It is like easy to update. It is like a diary/journal type of thing. So, today I started this. I’ll see where it will go from here…

I kept it up, and the rest is history. It’s kind of funny that something good can come from spam emails. In 2003 I abandoned Xanga and manually began importing those entries into a new weblog based on my site. I never finished that, and to this day there are posts still missing… They’re safe though, and I’ll get to them one day.
It’s kind of strange that I went through the history of my weblog again… It must be already mentioned several times on my site. But this 107 year-old woman blogging got me to thinking what the future holds for my generation.
Before Facebook exploded over the last two years, I wasn’t in touch with most of the people I considered friends. Now I can more or less monitor their lives 24/7. Where is this going to lead? Is the situation going to be the same or perhaps even more insane in the future? Will I be 65 and on Facebook or a successor sites still monitoring my high school friends? If so, this represents an insane change from my parents’ generation, or even from those people only a couple years older than me, who have lost track of all but a handful or less of their friends from “back in the day.”
If I’m still around, I’ll be turning 107 in 2090… And I don’t even want to imagine what the world will be like then. Whatever it’ll be like though, I’ll hopefully still be documenting it from my point of view on some kind of electric communication network. And I’ll probably still find out if you are “no longer listed as in a relationship.”

This is off a label of Bayer Low Dose “Baby” Aspirin. There’s nothing wrong with this label, as each tablet only has 81mg of aspirin, perfect for people who just want to take an aspirin daily to prevent artery clogging or whatever other positive effects aspirin has.
The funny part is that you can safely take 48 of these daily! You have to imagine someone who has real pain and/or fever and who doesn’t have regular full-strength aspirin around. Also, imagine someone overdosing with this dose. The maximum daily dose isn’t even in one of these containers, as they only hold 36!

“YouTube, the video-sharing Web site recently acquired by Google Inc. for $1.65 billion, beat out a vaccine that prevents a cancer-causing sexually transmitted disease and a shirt that simulates a hug to grab top honors as Time magazine’s Invention of the Year for 2006.”

That’s what I got to read in my local newspaper yesterday morning. This is quite possibly the most ridiculous thing I’ve heard this week, if not this year. The whole cancer prevention versus entertainment aspect aside, I don’t even understand the hype about YouTube. Yes, it vastly made it easier for Joe Internet to upload a clip of him attempting to jump off a his roof into his pool, or, more likely, some copyrighted commercial from 1995, but I hardly see it as revolutionizing the internet.
Now back to the real issue: How can a video sharing site beat out something that can possibly save millions of lives? Aside from a potential a potential film clip that attempts to persuade viewers into not committing suicide, I’d like to see YouTube save one life. In fact, I wouldn’t be surprised if it has already cost several lives from people attempting to copy what they see on it.
Next year: The cure for AIDS losing to some new Google innovation! 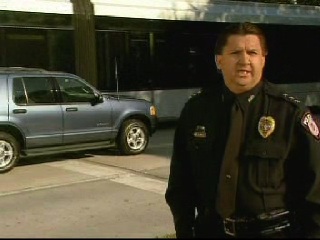 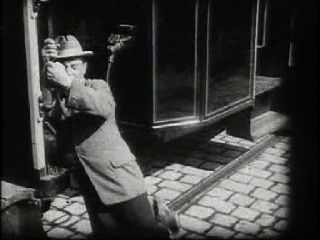 Here’s something random:
Apparently redheads feel less pain. Well, for now it at least seems that “redheaded mice” feel less pain. This was the result of a study at the Medical Research Council in London. The mice weren’t redheaded of course, but they were injected with a morphine-like substance that apparently redheads produce. So apparently my body produces natural “morphine.” Great!
Only problem… For some unknown reason, this only has an effect on redheaded women, which might be explained by the different ways men and women’s brains function. However, you’ll only find this in some of the articles below. The media can’t seem to get its facts straight.
Another interesting fact:
“Seventy percent of redheads are redheads because a particular gene doesn’t work” -Prof. Jeff Mogil of Montreal’s McGill University
Read More:
CTV Article
NewsMedical.Net Article”
The Advisor Article