Here’s a little excerpt from the transcript of October 13th Real Time with Bill Maher, which featured Lou Dobbs, Danielle Pletka, and Ben Affleck on the panel:

DOBBS: The fact of the matter is that “English Only” is not racist, and we have to – we have to come to terms with it. And I don’t like the issue of race in this discussion. Because there is this sort of patronizing view that 40 million legal citizens of this country who just happen to be Hispanic are somehow identified on an equivalency with the illegal immigration issue. Half of those people, at least in the state of Arizona, voted for Proposition 200.
And these – these activist groups, whether they be like MALDEF or La Raza, suggesting they’re speaking for the Hispanic American population in this country, is absurd. And for us to adopt some sort of idea that “English Only” is racist is absurd. It is a reaction to a cultural phenomenon in which you are walking in and saying, “Hit one – press two for Spanish,” walking into a school in which you have bilingual requirements that are crushing some school districts, while half of the Hispanic students in this country are dropping out of high school. We have a crisis in public education. [applause]
MAHER: Yes, that’s—
DOBBS: And we’re talking about nonsense.
AFFLECK: But we also, like many countries – and again, I don’t really have a big position – but many countries seem to function with, like, two languages. For example, you go to Canada. You press one for—
DOBBS: Yeah, I’ll tell you. They’ve had a great time up there in Quebec and the rest of the country. It’s been fascinating.
AFFLECK: They haven’t had a great time, but they’ve—
PLETKA: They haven’t had a great time. That’s the point.
DOBBS: It’s a disaster. Multi-culturalism does not work in any country in the world. Name one.
MAHER: Iraq. [laughter] [applause]
AFFLECK: Well, multi – you’re talking multi – multi-language.
MAHER: Yes.
AFFLECK: Multi-culturalism—
DOBBS: I’m talking both.
AFFLECK: [overlapping]—is the foundation of this country. I mean—[applause]
DOBBS: No, it is not. No, it is not.

Bill Maher didn’t exactly use the best example when he mentioned Canada. They’ve had their share of issues up there. But what about Switzerland!? There are four official languages, and, for the most part, four corresponding cultures. Yet, the Swiss have achieved a national unity, which is placed above (in terms of living together in peace) those differences.

Even the less than one percent of Swiss that speak Romansh are represented all over the place. Their language can be spoken in parliament and is on the national airline (Svizra =Switzerland).
India has 23 official languages. And while it’s not the most stable country in the world, it does decently well.
Hispanic students are primarily dropping out of school because their parents are making minimum wage (if they’re legal) or less (if they’re not). Yes, they should learn to speak English, but Dobbs is overlooking the primary problem here.
There is a reason why Spanish is the most-learned second language in the United States… You can actually speak it places. And the U.S. has always lagged behind in foreign language education, which is tied in with foreign culture education, which expands the scope of students’ thinking and allows them to think outside of the “blind patriotic box” that so many do.
A study by Simmons Market Research found that 19% of the Hispanic population speak only Spanish while 9% speak only English, 55% have limited English proficiency and 17% are fully English-Spanish bilingual. It’s no wonder there’s the “press two for spanish” option when calling many 1-800 numbers.
If the increasing number of Spanish-speakers as a result of immigration does nothing but increase the number of English-only speakers that have to learn another language, in this case Spanish, then I already consider it a success. I don’t completely denounce the possibility that the increasing two-language society is going to cause structural problems in this country, but it shouldn’t be something that cannot be managed by the often-called “greatest country in the world,” which goes back to my entry from yesterday.
Image Credit: 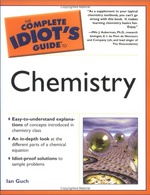 My chemistry textbook:
“A catalyst is a substance that increases the rate of reaction without being consumed in the overall reaction.”
The Complete Idiot’s Guide to Chemistry:
“Catalysts can be compared to my friend Erika (not that you know her). When I was in college, Erika was roommates with a woman named Ingrid. Erika helped to set us up, and I ended up marrying Ingrid. Though Erika was involved in the process (by introducing me to her roommate), she didn’t actually take part in the resulting reaction. Therefore she was a catalyst for that process.”

Let’s say you don’t like one of your professors this semester. Shouldn’t you be able to give him or her a review online? Apparently Syracuse University doesn’t think so.
The Daily Orange‘s big story yesterday was about four SU freshmen, who, after apparently feeling their writing instructor didn’t “know what she’s doing ever,” started a Facebook group centered around this opinion.
For my readers who haven’t heard about Facebook, it’s just like MySpace, Friendster, Orkut, hi5, etc., except that it requires a college email address, and the required email addresses have been mostly limited to the U.S., although the U.K. and Mexico are now being invaded as well. More than 80 percent of American college students are members.
Anyway, so these girls started a group on this social network entitled “Clearly [instructor’s first name] doesn’t know what she’s doing ever.” As far as the article informed me, there was no threatening terminology to be found anywhere in this group. Besides the four founding members, there were approximately fifteen other students in the group.
To make a long story short, the instructor found out about this group and complained, which eventually led to these four students being placed on disciplinary probation until November of this year. One of them transfered out. Apparently SU has secretly made it a code of conduct violation to publicly criticize professors.
I find this highly alarming. Unfortunately my generation, unlike the one before it, is too passive to do anything about it. This incident differs from most of the hundreds of Facebook news stories that you can find online as it does not involve college administrators using Facebook to catch underage drinkers or to find out about potentially rowdy parties ahead of time. I was alarmed by this story because I feel punishment for non-treatening criticism is just plain wrong.
Apparently things are done a little different at the University of Louisville. There a Facebook group dedicated to criticizing a professor helped lead to the professor being let go. [Read more]
Read the Daily Orange article

Primitive shouldn’t be a naughty word
Today in my International Human Rights class, my friend used the word “primitive” …And then all hell broke lose. Why the oversensitivity?
The anthological definition of the word “primitive” is simply “Of or relating to a nonindustrial, often tribal culture, especially one that is characterized by a low level of economic complexity: primitive societies (American Heritage Dictionary (4th ed.)).”
All Gerry was trying to ask if these primitive (gasp!) societies continue to rely on simple economics, whether they will be able to survive. He never got to the end of the question because upon hearing the word “primitive” the class reacted as if he had just hailed to Hitler.
And this happens all the time in this class. You can’t even question female genital cutting (notice the neutral term instead of “mutilation” actually used by the presenters on this topic), without being told to “get off your moral high ground.”
Society is becoming too oversensitive about words, especially those with multiple definitions such as “primitive.”
Or take a look how “physically challenged” came about:
“Invalid (a long obsolete term) became disabled, then became handicapped, then became disabled again, then became people with disabilities (the emphasis being on “people”), then became differently abled, then became physically challenged (the current term).”
Or perhaps a dark look into the possible future:
“The fireman put a ladder up against the tree, climbed it, and rescued the cat” might look like this:
The firefighter (who happened to be male, but could just as easily have been female) abridged the rights of the cat to determine for itself where it wanted to walk, climb, or rest, and inflicted his own value judgments in determining that it needed to be ‘rescued’ from its chosen perch. In callous disregard for the well-being of the environment, and this one tree in particular, he thrust the mobility disadvantaged-unfriendly means of ascent known as a ‘ladder’ carelessly up against the tree, marring its bark, and unfeelingly climbed it, unconcerned how his display of physical prowess might injure the self-esteem of those differently-abled. He kidnapped and unjustly restrained the innocent animal with the intention of returning it to the person who claimed to ‘own’ the naturally free animal.”
The above to quotes are from the following Wikipedia article, which I also recommend for further reading: Wikipedia: Political Correctness
Tweet 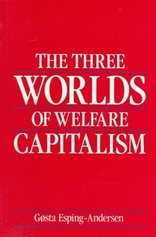 Sounds exciting…
Is it just me or has the whole text book “requirement”/actual requirement ratio gotten ridiculous lately? Not sure of what I mean? I’m talking about when a professor lists five 300-page books as a requirement, but doesn’t use more than a few sentences of each for tests, and has you read a separate book for another assignment.
For my “Politics of Western Europe” class here at SU I was “required” to purchase five books. About a month later the class was informed that we weren’t going to use the fifth book at all. When it came time to do a book review, I wised up and only used the library’s copy.
Professors today really need to take a second look at what is being asked on their tests and assignments today versus what is being required of students to read. This of course holds especially true for undergraduate classes. I, as most students, am taking this 300 (upper undergraduate)-level course to fulfill some element to receive my diploma. I do not need to read 1800 pages in 15 weeks to acquire the basic knowledge necessary to make this course worthwhile. This isn’t my doctoral thesis here!