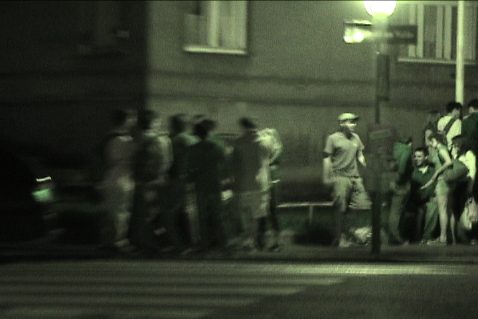 Outside
Another AIS event disappointed me tonight. I mean, after-prom has never been that great, but the End-of-the-Year Quarry!? Come on! There was a lot of bad luck involved though too. Check this out:
For at least the past three days the weather has been great. Today it climaxed this afternoon around three when the temperature exceeded 30¬ƒC (86¬ƒF). I was really in the mood for a good time tonight. I packed up some stuff, did thirty or so pushups so I would look all nice and buff, and was about to hit the shower when I took a glimpse outside. It was pouring. Luckily it stopped after about twenty minutes and I began to get my hopes up. I mean, sure, the field would get a little wet, but it wouldn’t matter too much. I got in my car and started driving up around nine. As I neared the into-Vienna-incorporated village of Sievering, close to where the quarry is, raindrops splashed through my sunroof. I was on Agnesgasse, the connector street between Sievering and Neustift am Walde, another wine-producing area of Vienna. The rain picked up and about twenty or so American-English-screaming students ran by towards Neustift. That’s when I realized that just as last year, this would be another indoor quarry.
I decided to meet up with a few friends in the ninth district for a bit, but then drove back to Neustift with Thorsten around eleven. It was as if a quarry was taking place in the middle of the street… Students where everywhere. Thorsten and I went inside the Wolff Heuriger and saw that only a handful of people where left inside. What had happened was that, just as last year, students had gone inside and turned this charming, formal, quiet place into a raging quarry. They had brought they own liquor and had caused a disturbance. The staff had stopped serving everyone alcohol and so everyone had gone outside or tried a neighboring heuriger, the staff of which also kicked them out.
At midnight two cops showed up outside and everyone, with the excepting of myself and two or three other people, ran in all possible directions. What a scene! You thought you were watching a drug bust or a Syracuse bar raid! 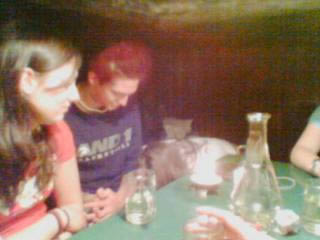 Inside
I went back inside for a bit but then we all left shortly afterwards. Outside the group had reconvened and was now hanging out a little further up the street. I then drove Kenneth and Thorsten home and then, on my own way home, passed by Neustift again. Those kids were still standing there! Wow, what a horrible quarry.
You can watch a short ninety-second video that I filmed/edited tonight here