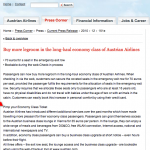 My previous translation postings, all involving German to English mistranslations, were quite amusing. However, those examples simply cannot compare to the Chinese to English translation I’m presenting you today. Have a look:

You can click on the image to enlarge it, but the text reads:

Welcome to Chinese Restaurant.
please try your Nice Chinese Food With Chopsticks
the traditional and typical of Chinese glorious history.
and cultural

The word “glorious” and the random “and cultural” line are in a different font, which might indicate corrections were attempted to be made!
These chopsticks are generic, and thus can probably found at a Chinese restaurant near you! This package was discovered at the Chinese/Japanese Buffet on Erie Boulevard in DeWitt, a suburb of Syracuse.
But then there was also the fortune in the fortune cookie: 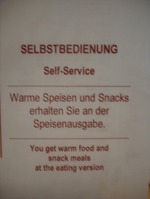 This is without a doubt the most obscure and just plain horrible translation I’ve found so far for my Lost in Translation Series. What sets this translation, found on a card at a Düsseldorf International Airport bistro, apart, is that I can’t see how the translation came about! Some translation program or reference book must have translated “Ausgabe” to “version!” To give the translator credit, or perhaps simply pity, the standard translations of this word won’t work for this usage.
When I entered “Ausgabe” into my translation widget, it spit out “output.” Altavista Babelfish gave me “expenditure.” Yet another site gave me “issue.” None of these come close to what the sign is trying to say, namely that warm food and “snack meals” (hahah, didn’t even notice that!) are available at the counter where food is served.
Wow, just about everything is wrong with translation! There’s an “eating version” that serves “snack meals” and the sentence starts with “You get,” which you might find at a small Southern U.S. airport as well!

Ahhhh, the Wiener Linien… Perpetrators of two out of the three sightings involved in my “Lost in Translation” series so far. Here’s the third, and possibly worst one! “Happy New Jear”!? Everyone knows this… Come on! You could have given all eight million plus Austrians a multiple choice quiz on this one and I bet you at least six million would have done a better job than the operators of the Wiener Linien’s departure monitors!
There’s not more to say about this one… Simply enjoy!
Oh wait… There is one more thing to note… The Wiener Linien have over 8,000 employees, and, together with its parent organization, Wiener Stadtwerke Holding AG, there are over 14,000 employees. Yep, it’s quite an embarrassment that they don’t have a qualified English language proofreader!
Photo Credit: Josef N Patoprsty 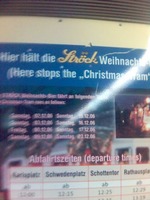 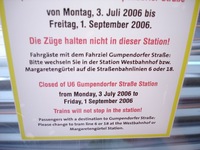